The Most Important Shake You Will Ever Buy

Sometimes you have to sit back and appreciate the finer things in life. Like driving out mid week to grab a box of fresh strawberries from @barnhillorchards in peak season after a week of good rain.
Starting this week @mockingbirdbarandtacos is back open for lunch. Head out and make yourself a happy plate like we did today.
The house-made pasta at @raduno_lr is one of the best meals around. Thankful to have chef @collector_cash and his kitchen crew in @soma_little_rock.
Stopping in to visit our friends at @pinkolive, what a fantastic addition to @soma_little_rock. Go visit when you have a chance.
The folks at @morningsidebagelsnlr are producing some really good bagels. I picked up this savory pack at @greencornerstore, who is carrying them now for a LR option.
We are excited to have our friends from @elsurstreetfoodco putting in a brick and mortar in @soma_little_rock. Full story on the website, link in the bio.
I often feel in food writing that we do not get to talk about the important things. Yes, we highlight amazing food created by some very talented individuals around town. However beneath the surface of the food that comes out to your table every day are the amazing people who put it together.
Here we are going to talk about a shake from Big Orange. Sure, it taste wonderful. But it is a shake. A piece of cake covered in ice cream, whipped cream, and sprinkles. This is not going to win a Beard award anytime soon, but this is one of the most important food items from a restaurant you will have in your lifetime. It is important because the food community is bigger than the dishes they serve. They are some of the most diverse, caring, and frankly amazing people I have ever had the privilege to work around.
This shake is an embodiment of it all. Here is the story.
Earlier this year Katherine Johnson, a shake maker and busser at Big Orange Midtown lost hope and decided to end her life. She would have been 26 this month. I will not pretend to say I understand the situation, however in a state where being LGBT is not completely accepted I imagine it must be hard when you feel like you don’t belong and the average person does little to make you feel accepted.
The management team at Yellow Rocket were all heartbroken, and quickly started looking for ways to help others in this situation never feel this way again. Regardless of your opinion of Yellow Rocket, their willingness to love and accept anyone and everyone has to be commended.
They identified a local organization called Lucie’s Place that works to better the lives of young homeless LGBT in Arkansas between the ages of 18-25. Lucie’s Place has a number of outreach initiatives including providing bus passes, cell phones, toiletries, food, clothing, and counseling. The biggest mission, however, is a center where people can come in downtown Little Rock to not feel like they are alone in the world.
“For a lot of people we, work with the drop-in center is the only place that they can go where go and not be harassed because of their gender or sexual orientation, ” executive director Penelope Poppers tells us.
Before Big Orange and the Yellow Rocket Concepts group were able to put a plan in place a number of the staff that worked with Katherine felt moved to make a difference immediately.
“I knew the restaurant was planning something, but I wanted to do something right then to make a difference while the wound was still fresh,” Bartender Jarrod Johnson tells us. “I decided to donate a dollar for every one of our signature drinks, the velvet orange, sold that night on my shift to Lucie’s Place.”
Quickly a number of other individuals associated with the restaurant or Jarrod decided to match his pledge. In all, 9 people stepped forward to donate.
“It was the biggest night we have had at the bar since opening week,” Johnson says. “I was blown away by people taking the opportunity to make a difference.”
The effort raised over $2,000 to help the cause. Even better the work is not over, which brings us to the Rainbow Cake Shake.
Big Orange is featuring the Lucie’s Shake as their feature shake this month. It comes with rainbow cake, vanilla ice cream, whipped cream, sprinkles and more love than you can ever imagine. To continue their efforts to ensure Katherine’s life is not in vain and that individuals growing up in this state never have to feel alone or harassed for just being themselves, Big Orange will donate $3 from every shake sold to Lucie’s Place.
I don’t care if you like shakes, like rainbows, like sprinkles, or even like Big Orange. Buy the damn shake. Heck, if you really feel the need pay for it and refuse to let them make it for you. Or give it to someone who doesn’t feel like everyone should be loved. Take a dozen of them to a Donald Trump rally, know that whatever you do you are not buying food.
You are buying a difference in the lives of young people who otherwise do not feel like they have a chance in the world. Know that sometimes the most important part of the food community has nothing to do with the food, but the support and love that they often give unconditionally.
If you are looking for other ways to help Lucie’s place here are a few things you can do. Share this post to help raise awareness of the promotion, give additional money (cash or check) when you buy a shake, and donate directly to Lucie’s Place. They plan to launch a campaign Monday to raise the final funds necessary for a transitional house to help young, homeless, LGBT humans find their way in life and succeed on their own. 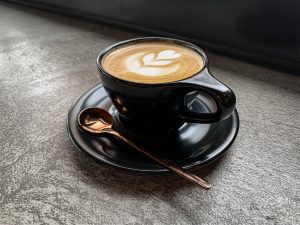