Our kids love it when we have a @raduno_lr night. They have a great kids menu.
These birria burritos (birritos?) from MC Burritos were 🔥🔥. Can’t wait to pick up more.
Our crew spent some time checking out @topdoglr in downtown yesterday. We found some great dogs, burgers, and cheesesteaks (pictures here).
Keeping it simple today with a catfish plate from Burge’s.
Scored some major dad of the year points by picking up a pack of @loblollycreamery macarons to go in the kid's stocking.
Today is the last chance to get @lowivycatering food in Little Rock before they move out of state. Catch them at @therailyardlr at 5.

Maybe you’re a world traveler, having sampled the local cuisine of countries around the globe. Maybe you’re a transplant to Arkansas, having moved here from some other American city known for its spectacular dining. Or maybe you just watch a lot of Food Network. If you keep your eye on the national and international food scenes, there’s probably a few things you wish you could eat more often in Arkansas. Little Rock has certainly taken big strides forward in recent years in terms of dining options…but there’s no reason we can’t continue to improve. Here’s our culinary wish list…20 food we desperately need (or need more of) in Little Rock:
1. Lobster Rolls: Don’t even start with the lame excuses here… “We’re a landlocked state. Seafood’s just too hard to get.” “Lobster’s just too expensive and there’s no demand for it here.” No. I want my lobster roll and I don’t care what it takes to get it. Sure, these little morsels will often run you anywhere between $15 to $20, and they’re often only good for a half dozen mouthfuls. But somewhere between the tender lobster chunks, slightly buttered bread, the light coating of good mayo, perhaps a squeeze of lemon…you realize that whatever you just paid was worth every penny.
2. Korean BBQ: You round up a group of your best foodie friends, then sit around a long table with small grills running the length of it. You generally order your choice of protein…pork belly or short ribs are always a nice way to go. Then the table is engulfed by dozens of small side dishes of various shapes, sizes, colors, and flavors—the banchan. This might include kimchi, fermented beans, radishes and various other vegetables, peppers, or tofu. Then the party begins…you grill your meat, sample around the various interesting flavors around the table. It’s an experience any respectable foodie must have at some point in their life.
3. Peruvian: It’s an intriguing blend of South American flavors with Chinese influences. Peruvian has had its moment in the sun on the national food scene…and it’s time we get the option here in Arkansas. I’m dying to dig into some Lomo Saltado…and classic dish of fried potatoes, steak, sautéed tomatoes, peppers, and onions all served over white rice. Trust me, it works.


4. Kolaches: This Czech tradition has been a staple in the diets of our Texas neighbors for generations…and decent kolaches are really only a few hours away from Little Rock. In the Lone Star State, you’ll find the traditional kolache preparations offered in most major cities – soft, slightly sweetened dough filled with all sorts of warm fruits such as apples, blueberries, or apricot, or they’re filled with sweetened cream cheese, and sometimes a mixture of both. But several establishments gussy them up, too…stuffing dough with everything from “Philly cheese steak” to Cuban-style pulled pork to spicy jerk chicken.
5. Beignets: Given the sizable number of Louisiana transplants the inhabit Little Rock, you’d think a good New Orleans style beignet would be easier to find. These warm pillows of fried dough, simply dressed with a fistful of powdered sugar, and often accompanied by chicory coffee are an essential part of The Big Easy. I only wish it were easier to find one in our neck of the woods.
6. Italian Beef: Little Rock once boasted an excellent Chicago-style eatery named Lynn’s Chicago Foods off Geyer Springs Rd. But Lynn’s is no longer with us…and its incredible Italian beef sandwiches are no more. It’s time someone else resurrected them. Hot, tender, thinly-sliced steak gets shoved into a roll soaked with beef jus, topped with pickled giardiniera—peppers, carrots, cauliflower, etc. It’s a beautiful piece of The Windy City.
7. California-Style Burritos: I’m not talking about the mediocre-at-best offerings of Chipotle and the like. I’m envisioning a burrito joint that’s taking gigantic, soft-yet-slightly-chewy flour tortillas and stuffs them with carne asada and guacamole until they are nigh unto bursting. One might also consider adding a few fried potatoes and cheese. The end product should be roughly the size of your shoe. Douse in fiery red or milder green salsas to your liking.

8. Cookie Butter: It’s a splendid spread made from ground-up Speculoos cookies, delightful Belgian treats that are sweet with a flavor that’s faintly caramel with kiss of gingerbread. Where can you find such a lovely concoction? Trader Joe’s. Look…there’s lots of reasons we need a TJ’s in Little Rock…but cookie butter might be the best reason of all.
9. Fancy Donuts: We’ve got good donuts in Little Rock…but we’re still way behind the donut wave that’s been sweeping the nation for years now. And America’s come a long way since the infamous Voodoo Doughnut hit the Portland scene in 2003. Gourmet donut shops are cropping up in nearly every major city in America. What kind of things might you expect from such an establishment? How about a crème brulee donut filled with Cointreau orange-flavored liquor like the one you’ll find at Blue Star Donuts? The sky’s the limit here, folks. 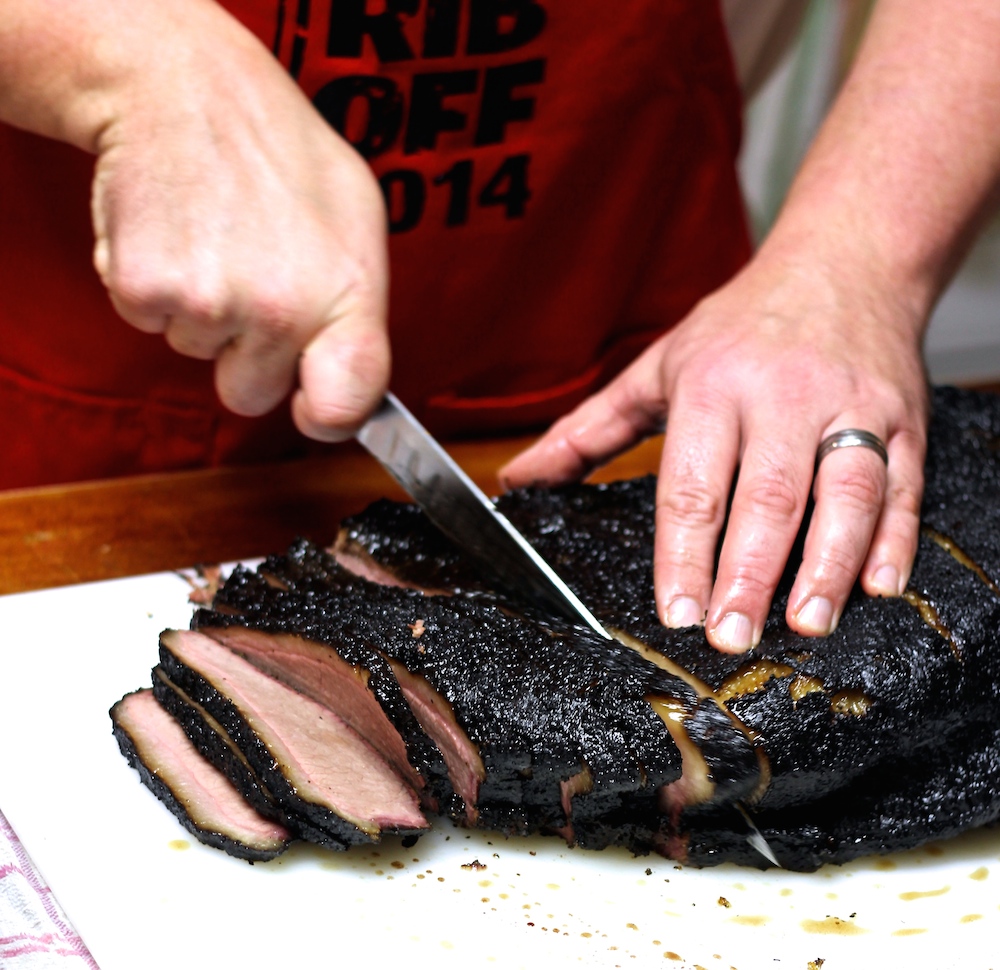 10. Brisket: Let me clarify…we need really great brisket. Like life-altering, mind-melting Texas brisket. Where does such a specimen exist? Head over to Franklin in Austin or Pecan Lodge in Dallas. There’s nothing in Arkansas that even comes close.
11. Chicken Fried Steak: Folks…it’s Arkansas. We know a thing or two about frying stuff. Why then the lack of a good chicken fried steak? There’s only a couple places even attempting to do them around town. I actually prefer mine with breakfast…a few fried eggs, white gravy, and a side of hash browns. Beautiful.
12. Stromboli: Take your favorite pizza, then roll it up until you get a savory swirl of cheese, meat, and sauce. It’s alternating layers of goodness in a perfect compact portion. We need this…pronto.
13. Arepas: This South American sandwich takes soft, warm cornmeal, sliced open to form a pocket and stuffs it with savory ingredients of all types. Sausage, peppers, beef, cheeses, ham, chicken…whatever your little corazón desires. 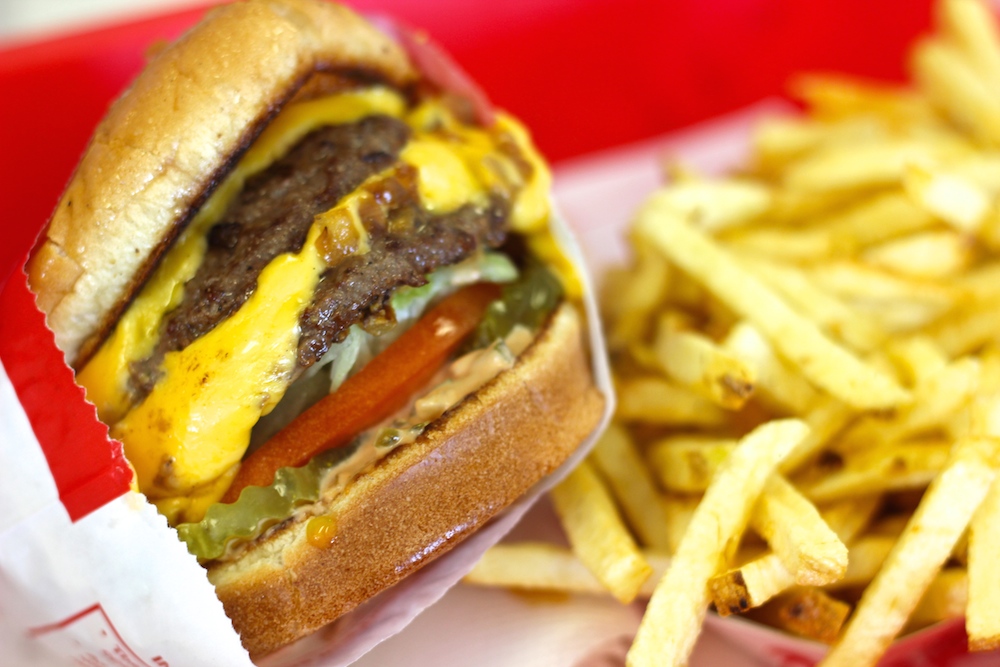 14. Double-Double, Animal Style: Of course, this requires an In-N-Out Burger. Is it foolish to dream such a thing would ever come to Arkansas? So far from its comfortable home base in sunny southern California? No…it’s a very real possibility. When In-N-Out overtook Dallas a few years ago, it was thought that they’d be establishing a new southern and central United States headquarters in order to make their push east, but still manage to keep their commitment to freshness by only opening outposts within a certain distance from centralized distributors. Little Rock ain’t so far from Dallas, folks…and in my mind it’s only a matter of time that Arkansans begin devouring their own double-doubles.
15. Breakfast Tacos: You’ll find a few breakfast tacos popping up on the occasional Arkansas menu. But I’m envisioning a dedicated taco shop, preferably one that makes its own flour tortillas fresh every day, and stuffs them with classic breakfast taco options such as bean and cheese, spicy chorizo and egg, shredded beef, and bacon. The perfect beginning to any morning routine.
16. Crepes: They’re almost non-existent in Little Rock…but the beloved Crepes Paulette in Bentonville is killing it. These thin French pancakes can be stuffed with an endless number of ingredients, both sweet and savory. It’s time crepes caught on in Central Arkansas.

17. Pastrami and Corned Beef Sandwiches: Essentially, we need a bona fide, high-quality Jewish delicatessen. Some place serving up mile-high sandwiches with a mountain of meat painfully squeezed between a few slices of bread. I’ll take a pile of hot, salty salami on rye with slaw and Thousand Island dressing. Maybe a few slices of dark rye crowned with corned beef and plenty of sauerkraut. You need this in your life.
18. Soup Dumplings: Dumplings are becoming much more available in our fair city…what with the addition of the exemplary Three Fold downtown. But soup dumplings have not yet found their way here. These soup dumplings, or xiaolongbao, are created by wrapping a hot meat (often pork) and a gelatinous meat aspic inside dumpling skin. As the dumplings steam, the aspic melts leaving a brothy, soup-like material inside the dumpling. They’re devilishly delicious.
19. Cinnamon Rolls: Have you ever stopped to think about how incredibly difficult it is to find a decent cinnamon roll in this town? And no…those misshapen swirled donuts they’re hawking at Shipley’s aren’t going to cut it. I’m talking tall, soft, buttery rolls with a gooey, almost undercooked center, an excessive amount of cinnamon and sugar stuffed between each layer, and a slathering of thick, smooth white frosting over top. Point me towards that cinnamon roll and I’d be a very happy man.
20. Gourmet Hot Dog and Sausage Shop: People love meat in tube form. And folks seems much more willing to suck down just about any weird or unusual beast when it comes in sausage form. Rattlesnake? Meh…I’ll pass. Rattlesnake sausage? Why yes…that sounds delicious. Care for some elk? Um, no thanks. Elk sausage? Oh hell yeah! There are restaurants all over the country dedicated to the art of fancified, gourmet hot dogs and sausages and they’re doing incredible things. Take Biker Jim’s in Denver, for example, with their duck-cilantro sausages topped with wasabi aioli and caramelized apples. Yeah…I’d eat that.

5 Shifts in Restaurant Real Estate for 2022