Why You Should Be Eating At The SALO Series Dinner

The simple answer to the above statement is that the Philippines boasts a unique heritage, a beautiful culture and people, and a cuisine that deserves more attention. The SALO Series is a chance for Little Rock diners to experience a dining event that’s rare not only in Arkansas, but in the entire United States.

Yana Gilbuena has been dubbed the “gypsy chef”, leaving her home in New York to embark on a culinary project that would change her life and impact hundreds of eaters across the country. Her plan has been to host Filipino pop-up dinners throughout America in order to raise awareness for the cuisine and culture and to provide a unique social dining experience that many diners will have never taken part in before.

Over the last few years, however, Filipino cuisine has begun making waves on the national culinary scene. The majority of Filipino eating is still found primarily on the west coast, primarily Southern California, but today Filipino restaurants and food trucks headed by acclaimed chefs are popping up in major cities across the country. This is a beautiful thing. 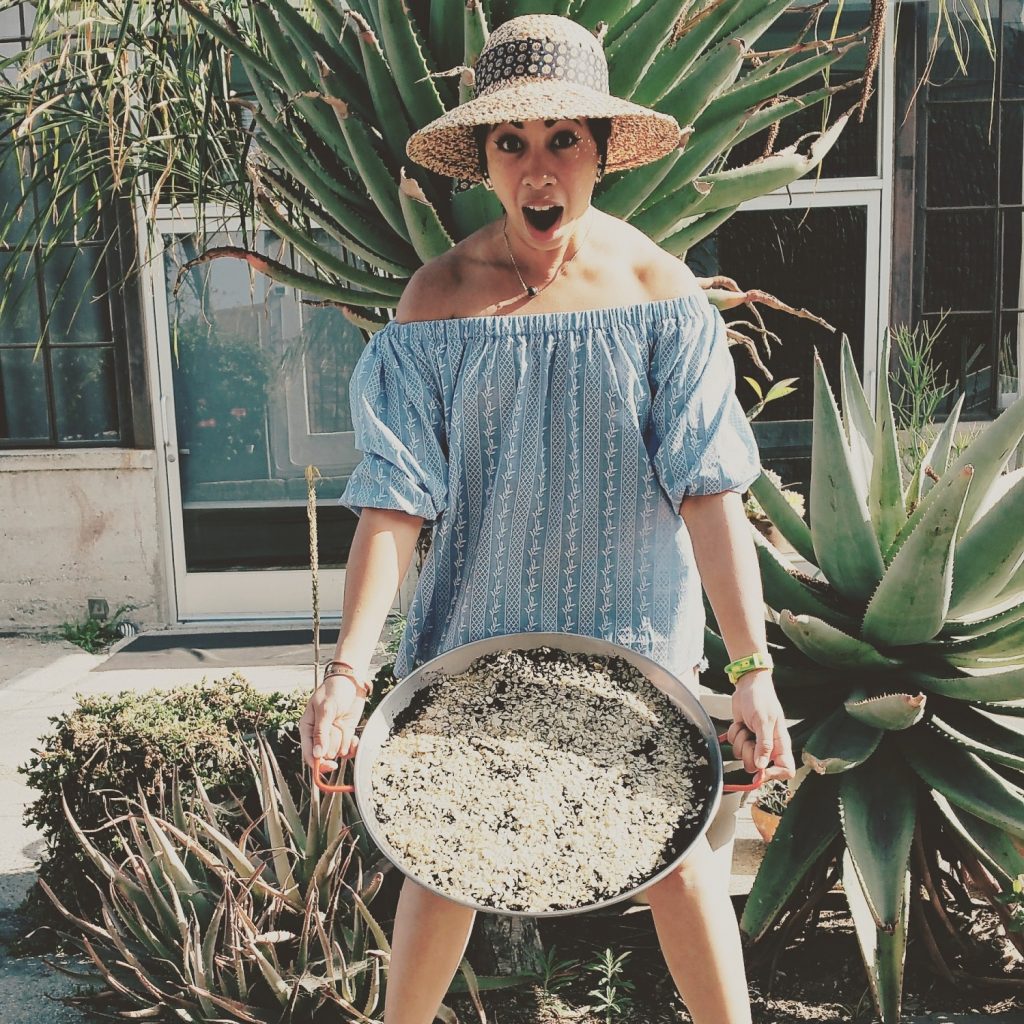 Yana remarks, “There’s definitely a rise in terms of chefs claiming and recognizing their heritage. After all, unbeknownst to a lot of people, many Filipinos work in kitchens but often cooking western cuisines…just not necessarily in their own restaurants. So, at the advent of the rise of Filipino cuisine in mainstream media, a lot of them are slowly recognizing and claiming their heritage.”

But Filipino cuisine has always been somewhat difficult to pin-down culturally. It carries influences from several other regions of the world, but molds them into something uniquely their own.

“The Philippines has had a very colorful history,” says Yana, “From the natural migration of Malays and Indonesians, to Chinese and Arab traders, to the Spanish colonizers or the influence of America brought by World War II.”

Yana’s dinners usually feature several courses of traditional Filipino cooking, always served at a common dining table, and eaten without utensils, a method common to indigenous peoples in the Philippines.

Yana will bring her SALO dinner series to Little Rock this Sunday, May 22. It will be hosted at the former 1620 Savoy space at 7 pm. Tickets are on sale here. If you’ve never had the pleasure of experiencing Filipino cuisine, this is a wonderful opportunity to broaden your horizons just a bit.

Why You Should Be Eating At The SALO Series Dinner