Both bars at The Pantry’s east and west locations serve as pleasant get-aways from the daily grind. As the summer approaches, so does the need to find an oasis in the form of a local bar, and luckily, The Pantry Bar Manager Gene Lee has developed some new drinks geared toward the inevitable onslaught of the Arkansas summer heat.

Recently, we chatted with Gene about some of his new creations. Check out the following highlights and find a full cocktail menu below. Get ready to get your drink on as the list is expected to roll out next week.

El Presidente heads the cocktail list, and rightly so. Gene says, “This is my take on a Paloma. Honestly, I created it because a buddy of mine has been asking me for forever to make something with a grapefruit shrub,” he says. That same friend also provided his own nickname for the drink – El Presidente. A combination of mezcal, grapefruit shrub, lime juice, and sea salt, Gene tops the drink off with Stiegl Radler instead of soda, providing a measured punch. When I tasted it, I was pleasantly surprised by the smoky taste from the mezcal balanced by the lightly tart citrus flavors from the grapefruit and lime. Look for me on The Pantry patio in the hotter months with drink in hand – you can bet it’s this one. 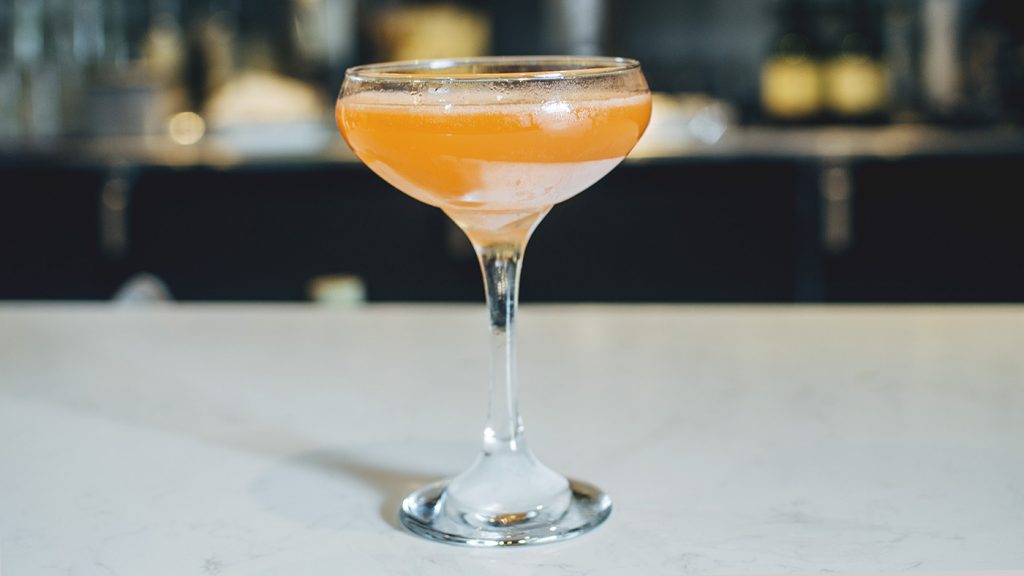 Next up is Not Another Word, which Gene modeled after the gin-based prohibition-era drink – The Last Word. Gene said, “The big difference is that instead of Green Chartreuse, it has Aperol.” He was looking for a creative way to utilize the excess Aperol he had on hand, and thus one of The Pantry’s newest cocktails was born. The rim is lightly rinsed in mezcal which adds a slight earthy restraint that balances the sweet tones from the combination of Aperol and Maraschino. The resulting taste is exactly what Gene was going for in a drink – “not overbearing, and an overall pleasant drinking experience.” 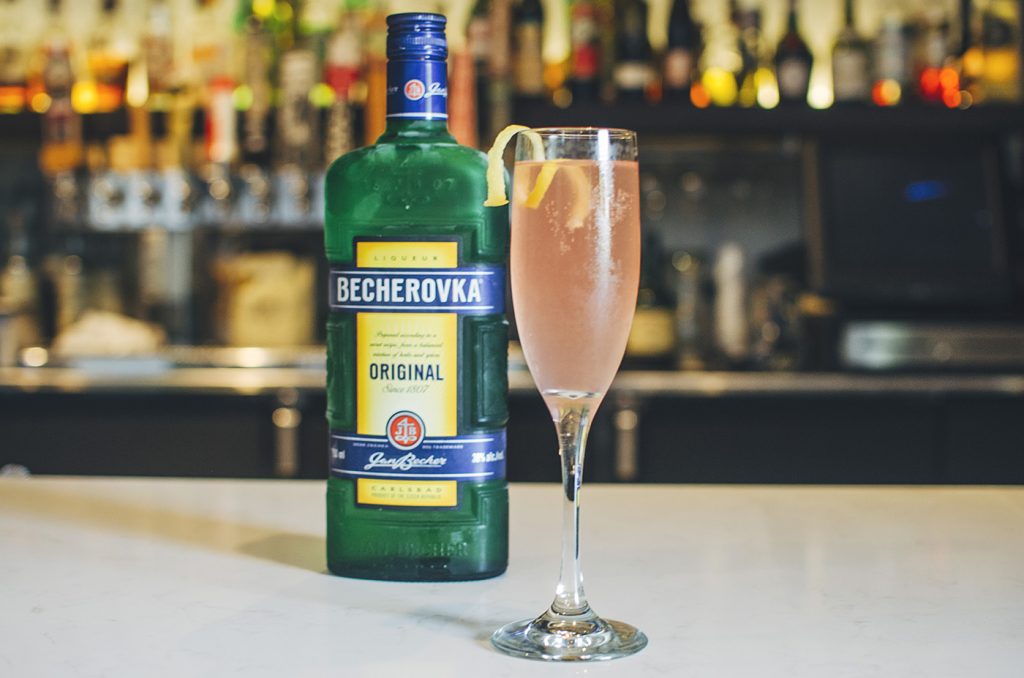 Finally we have the Czech 74, a punny take on the classic champagne-based French 75. “I wanted to find a way to use the Becherovka in a bubbly drink,” explained Gene, in honor of the restaurant owner’s Czech roots. Utilizing a rose for the base, the final flavor combination is subtly sweet in effervescence, balancing the strength of the complex Becherovka. The lemon garnish against the liquid’s pink color make this one of the prettiest choices on the new menu, but don’t be fooled, it’s a gem to drink as well.