Most Arkansas restaurants have that one dish that they’re known by. It’s the dish that you crave, the one that puts the restaurant on the map. It’s the signature dish. This series tells the stories behind some of Little Rock’s most iconic plates and explores what makes them so memorable.

The signature dish: Steamed buns at The Southern Gourmasian

The story: Patterson developed his Southern/Asian fusion concept while working as a chef in Nashville. There was a number of Asian restaurants that were opening up doing some version of the dish, so he set out to create his own take. That proved difficult; Patterson spent almost four months tweaking the recipe and his technique until he had a product he was satisfied with. Still, the buns are a form of bread, which means they can be fickle from day to day.

“Even to this day, it’s bread, when something changes, it can throw us off a little bit,” said Patterson. “With a warm day or a humid day, it can really make the dough wet, and we have to stay on top of that.”

It takes Patterson between three and four hours to make the buns, which he does himself every day. On a regular day, The Southern Gourmasian sells 400–500 buns; if it’s a major food truck festival, that number can clear 2,000. Fortunately, like any bread, steamed buns can be frozen and thawed with no noticeable loss in quality if done correctly. Patterson says this is the dish that keeps people coming back.

“People that hunt us down, that’s what they order,” said Patterson “The die-hards, it’s kind of a go-to for everybody. Very few people leave dissatisfied.” 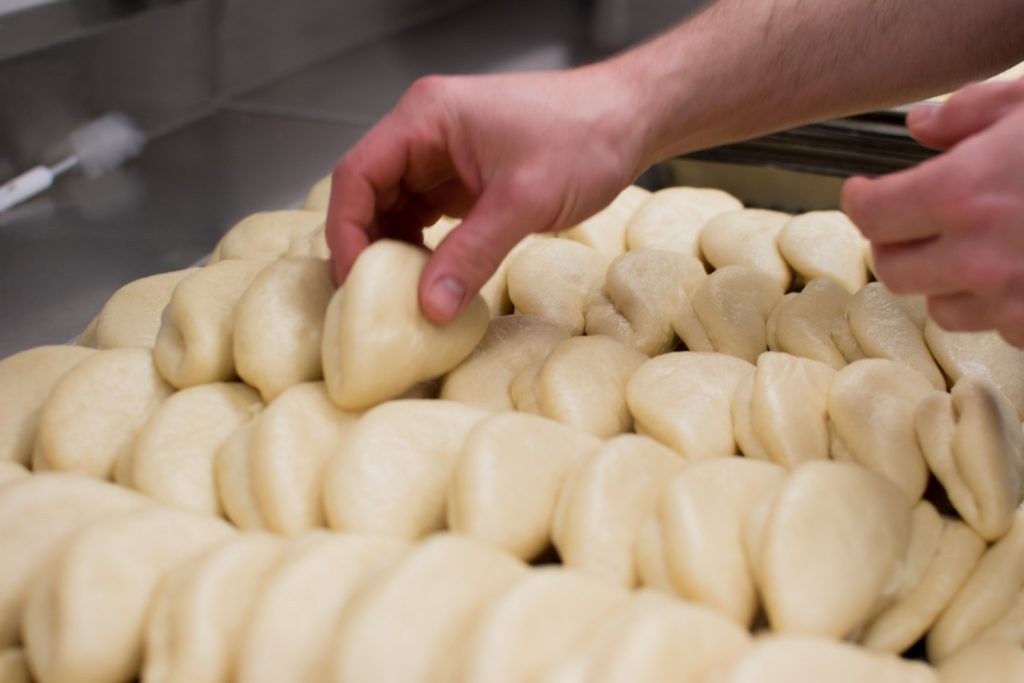 What makes it unique: To bite into a Southern Gourmasian steamed bun is to understand what a cloud might feel like in culinary form. The buns are pillow-soft, with just enough weight to hold the filling but light enough to dissolve into nothingness. There’s not an equivalent dish in town; while many Asian restaurants do steamed buns, none achieve the whisper-like sensation that Gourmasian gets. And the buns themselves taste great, too. They are the perfect vehicle for the restaurant’s Southern and Asian tastes.

The price: The Balinese Chicken and the Shredded Pork Shoulder steamed buns will both run you $7.50. The Beef Short Rib edition costs $9. All are served with housemade chips, pickles and a mango Sriracha slaw.

The verdict: The Southern Gourmasian is one of those places you should take out of town guests who are looking for something that is unique to Little Rock, and these steamed buns are a big reason why. Instantly accessible and technically superior, it’s a dish that will impress die-hard foodies and casual diners alike.

TAE Closes Its Doors For Good