Very few restaurants in Arkansas have as loyal a following as The Pantry and The Pantry Crest. Tomas Bohm’s cherished establishments have inspired plenty of return visits with a European comfort food menu that manages to feel instantly familiar while still staying true to its origins. This weekend, The Pantry turns eight years old, while Bohm’s third restaurant, District Fare, prepares for its grand opening. It’s a run of success for Bohm that very few people could have predicted for an awkward immigrant who started the business with nothing.

Bohm came to Arkansas from the Czech Republic in 1996 to stay with family while he studied hospitality at UALR. His first restaurant job was in the kitchen at Izzy’s in West Little Rock, and he later would work at 1620 Savoy and then So Restaurant as front of house manager. He worked nearly three years at So before deciding to try to make it on his own. However, it would be a difficult task to get started.

Bohm got his break in the form of renowned Little Rock chef Denis Seyer. Seyer was an alum of the heralded Restaurant Jacques & Suzanne that spawned more than a dozen Little Rock restaurants in the 1970s and 1980s. Seyer left Jacques & Suzanne to open Alouette’s on Rodney Parham Road (Seyer later rebranded Alouette’s as Gypsy’s). After decades in the business, Seyer was ready to sell his restaurant, and he found a buyer in Bohm. But with Bohm’s financial situation, Seyer had to get creative.

“I told him I want to do this Czech, German, Austrian, Hungarian place, and I have no money,” chuckles Bohm. “I have just enough money for paint and some groceries. But he believed in me. So he offered me this in-house financing, a five-year plan. I had to pay him everything in five years, or he’d take everything back. And we shook hands right then.

“I’ll never forget that day; I was so happy and so scared. But I realized, if this didn’t work, I have nothing to lose. And Denny has nothing to lose, he’ll still keep this place. But I knew then I was not going to let the man down. He believed in me so much.”

Bohm got to work updating the restaurant with a fresh paint job and new Euro menu. He brought chef Titus Holley with him from So and hired Alex Hawk to run the kitchen, and opened in April 2009 with little fanfare. Little Rock’s food media was almost nonexistent at the time, so Bohm and his team relied on word of mouth to grow the business a table at a time. And when Bohm tried new ways to draw people in, things turned a little embarrassing.

“We printed a massive, 10×5 banner to put up on Rodney Parham,” says Bohm. “We didn’t notice, but it said ‘The Panty now open!’ They didn’t put the ‘r’ in there. This was up for a month before someone came in and told us! It was a joke for a long time.” 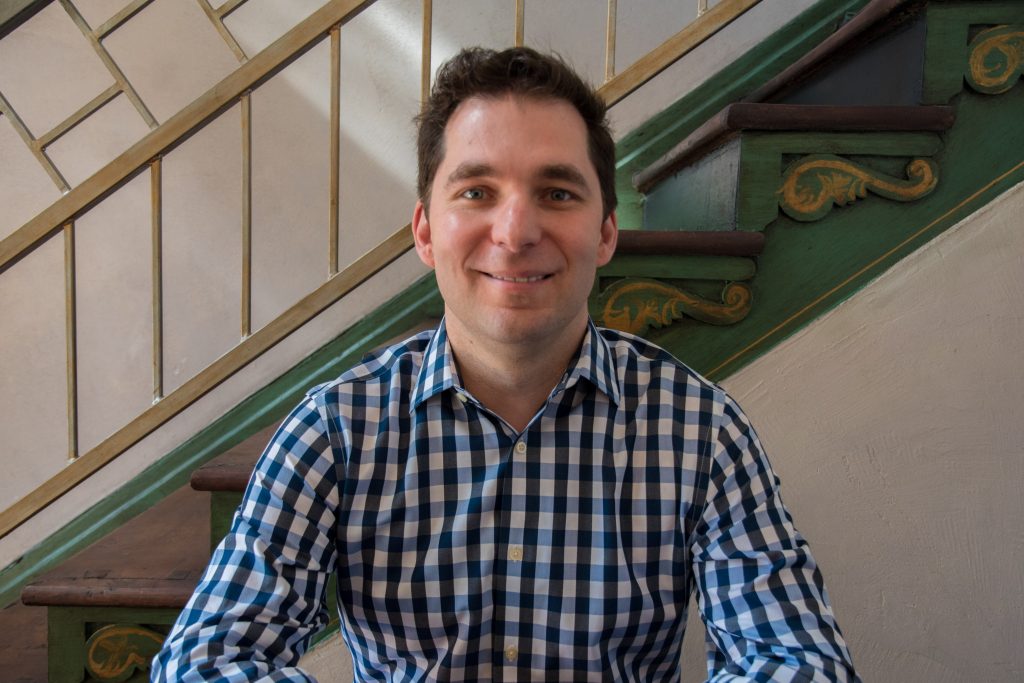 For the first year, business was slow, and Bohm would spend his nights in a panic wondering whether checks he wrote were going to cash. But no checks bounced, and business did grow, from wondering if anybody was going to show up in 2009 to crowds waiting an hour for a table today.

There are two easily visible reasons for The Pantry’s success. The first reason is the food, with plenty of accessible dishes that are both masterfully made and authentic to Bohm’s heritage. Arkansas is a comfort food state, and The Pantry’s ascent proved that comfort food isn’t hindered by geography.

“I really think it’s that home cooking,” says Bohm. “It might be in a little different way, but I think that every country or state has their version of a potato pancake, or meat and potatoes, and I think people relate to that. I’m still careful of what we serve here, I don’t want to give people something crazy. I didn’t know if this was going to work at the beginning. But people tell me it’s different here. Maybe it’s because I’m from there, I grew up there. This is my food.”

The second obvious reason The Pantry has been so successful is its stability. The restaurant business is one with high turnover and constant hiring and firing. Yet Bohm has managed to retain an extraordinarily high percentage of his staff. Titus Holly and Alex Hawk are still running the kitchens at The Pantry and The Pantry Crest, respectively, allowing Bohm to expand much more quickly than he could otherwise.

“If I couldn’t keep my staff, I wouldn’t have this place (The Pantry Crest),” says Bohm. “We have 74 people working at both restaurants. I think about 40 percent have been here more than five years. We opened Crest in September (2014). We still have 70 percent of the staff who opened the restaurant. All the original wait staff at Crest are still here. We’ve upped our staff, but the original people are still here. I feel tremendously lucky. It’s crazy.”

To celebrate The Pantry’s eighth birthday, Bohm will serve up his now-famous paella only at the West location this Saturday (April 8th). It’s first come, first served, and dishes of the paella will be free of charge, though people will be able to make a charitable contribution at the event. Happy hour prices will run all day. The paella should be ready by 2:30 p.m. In addition, District Fare will hold its open house tonight in Hillcrest at 5:30 p.m., with a separate paella event at The Pantry Crest at 7:30 p.m. It’s a fitting week of celebration for one of the most beloved restaurant families in Little Rock.