Best of the Rock

The mythical lobster roll. It has taken a status in the south somewhere next to a unicorn and Santa Claus. Something everyone wants to see but there is nowhere to find it.

For those of you unfamiliar with the greatness of lobster rolls, they are typically served in a hot dog bun like bread and are filled with lobster meat. The dish is extremely simple: lobster, butter, and a small amount of mayo. Occasionally you can add some diced scallions or the occasional lettuce, but really the more you add the more it screws up the dish.

Little Rock (and much of the south) has been void of this dish for a long time. In fact it was #1 on our list of 20 foods we desperately need earlier this year. A few places have tried it, Cache did one not to long ago for instance. Unfortunately it was a po-boy, not a lobster roll. I thought all was lost in hope this would happen for Little Rock.

Then the other day I am visiting with Gilbert Alaquinez, sous chef of Forty Two at the Clinton Center (one of our favorite places to eat) and he says they just started serving them for lunch.

Cautiously optimistic I pull up a chair with a few friends and place an order. Lobster rolls should be on the higher end of the sandwich price. If you see a roll for $7 just move right along, the lobster meat means this is going to be a 15-20 sandwich, and Forty-Two’s is priced right at $16 which gives me confidence.

The roll comes out and it is perfect in appearance. A custom ordered Arkansas Fresh bun, buttered lobster, light mayo, a few scallions, and a side of chips.

“We decided to go with just claw and knuckle meat,” Alaquinez says. “It is a much more flavorful meat than the tail which really shines in a dish like a lobster roll.”

The flavor was right on point with anything I’ve had in the northeast. In fact it was much better than the roll I had a month back in NYC at the well-known Red Hook Lobster Pound, a place that specializes in lobster rolls.

Only complaint would be that I wish there was more of the lobster meat, which was already so full it was falling out  the top. Gilbert says they are considering offering a double roll with double the meat.

Yes, Lobster Rolls can happen and they can be very good. One more item checked off the list. Now can we just get some Korean BBQ? 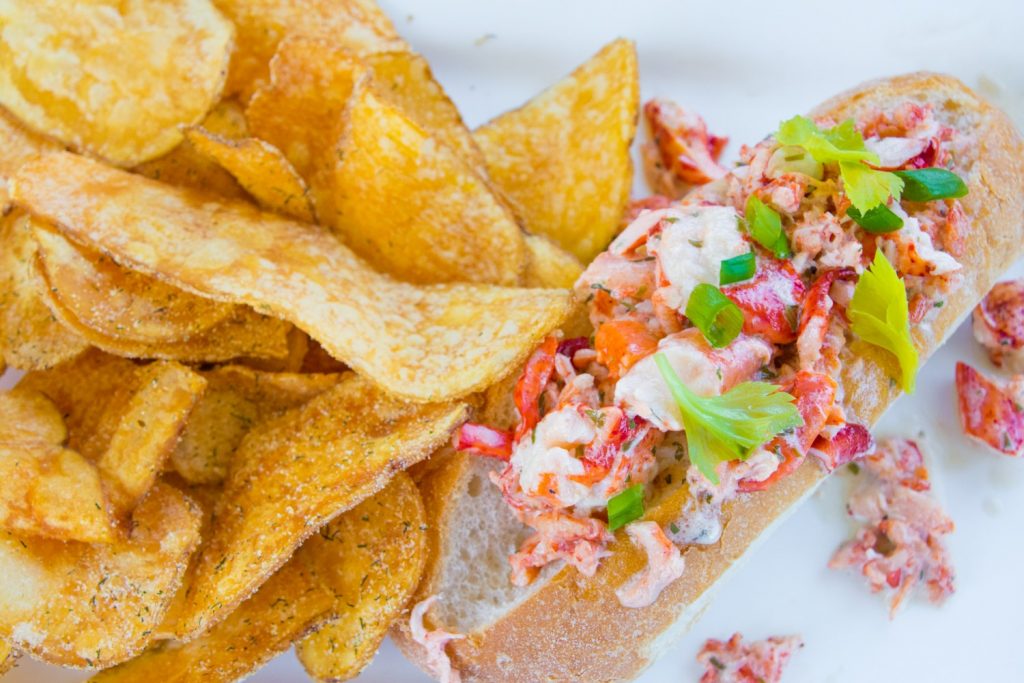