Little Rock, steady yourselves – the beer scene is moving toward innovation, one new brew at a time.

Argenta’s Flyway Brewing has opened the doors to a new Employee Brew program. Modeled after regional craft breweries like Oskar Blues Brewery in South Carolina, the idea revolves around immersing employees in the beer culture and getting involved on a deeper level.

In other words, front of the house employees are encouraged to get involved in the brewing process through cross-training.

Owner Jess McMullen says that the idea for the program has been part of Flyway’s mission from day one. “We always believed in cross-training, and even wrote it up in our employee manual,” he explains. “This program is about the staff brewing tasting-room-only beers on our pilot system.”

The resulting brews will be small-batch and will go quickly, making them a hot commodity, which is why you’ll want to make plans to be at Flyway this Friday to catch the inaugural Cardinal Cider.

A collaboration between Bar Supervisor Michael McKinnis and Director of Brewery Tours Odell Lil’o, the Cardinal comes in at 7.5 percent ABV, and is a refreshing, fruity cider that finds a comfortable, middle ground between sweet and bitter. 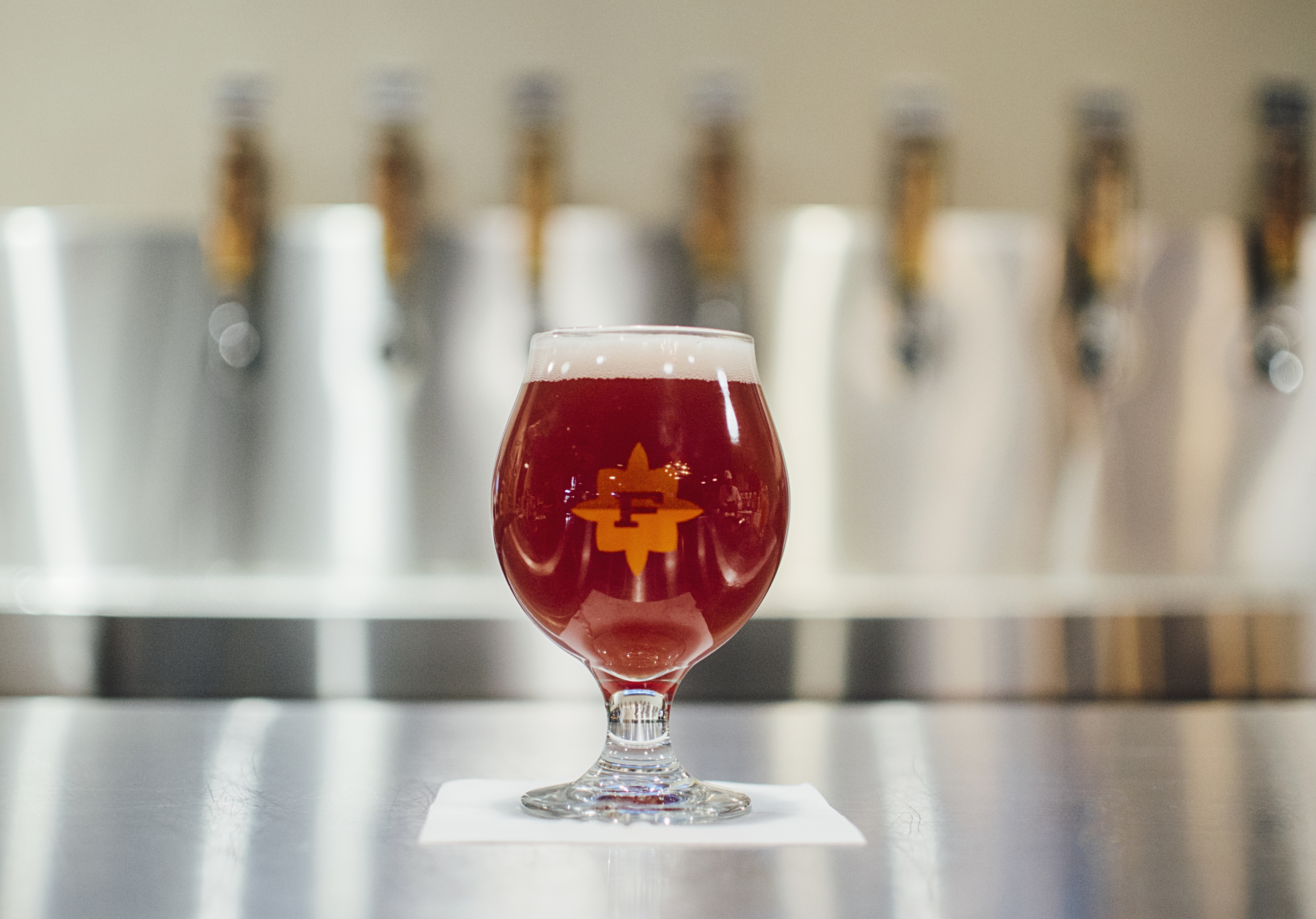 Working at Flyway was the push Lil’o and McKinnis needed to explore the brewing. McKinnis says, “Working here definitely piqued my interest in the brewing process, of course I drink a lot of beer, but never thought about brewing until now.”

They enjoyed working as a team and are happy with the cider’s taste profile. Lil’o says, “The black cherry gives it a little bit of bitterness, so it’s not a super sweet cider. … It does have that higher ABV, and it’s totally different than a cider that you’ll be expecting.”

There will be more Employee Brew small-batch releases in the future as Lil’o and McKinnis hinted at having a few tricks up their sleeves. Lil’o says, “Working with Michael was awesome … it’s always great when you have a good team behind you.” McKinnis adds, “I enjoyed learning the whole process and would like to learn every particular beer style, eventually.”

The two make a great team, but they and McMullen are excited to see what the rest of the staff can bring to the Employee Brew program. Currently McMullen is hoping to see a new Employee Brew beer every month or so as the program develops. He says it best, “I don’t want to sound cliche, but the people here make Flyway what it is. One of the number one things that we wrote in our guiding principals was Flyway is family. That’s number one – and I can’t wait to see us grow.”

Who knows, perhaps one really delectable beer could end up as a staple – thanks to the creativity and energy of the staff. You be the judge. Don’t miss the Cardinal’s release on Friday, and stay tuned for what’s next.