Ever wish you could get to know some of the people around town who create and serve up your favorite drinks without it being a little awkward? Welcome to Drink Insider! We sit down with some of the biggest names in the craft beer, distilled spirits and bartending scene in Little Rock and ask them some of the questions you only ask before the cab comes. This time, it’s Windell Gray of Refined Ale Brewery.

The craft beer boom is in full swing in the Little Rock area, with brewers barely able to keep up with the surging demand. New breweries like Lost 40, Rebel Kettle and Stone’s Throw have become household names, and established beermakers Diamond Bear and Vino’s are bringing in new fans. Still, throughout the craft beer craze, one Little Rock brewery has gone somewhat unnoticed. Miles from the downtown “hops district,” Refined Ale Brewery has been quietly making beer for seven years now, under the watchful eye of owner and head brewmaster Windell Gray.

Refined Ale is out of the way, about a mile south of Interstate 630 on Cedar St. in the old beauty parlor his family used to run. Gray was a trucker at the time, but with the economy going south, he decided to try his hand at making beer.

“I decided it was time to turn a hobby into a business,” says Gray. “I was ahead of a lot of people, because they hadn’t gotten started yet. So that’s how I got started, as far as brewing here goes.”

Family plays an important role in Refined Ale. Not only did Gray’s mother give him the space for the brewery, but his grandfather and uncles set the foundation decades ago for Gray’s business.

“My grandfather used to have a still,” says Gray. “Back in those days, he used to produce alcoholic beverages not to sell, but to barter. So whenever he would haul logs and it would rain, he couldn’t work, he’d go to the barn, the still. He taught all my uncles, and my uncles didn’t have sons. So I was the youngest, and they asked me if I wanted to learn, and that’s how it started.” 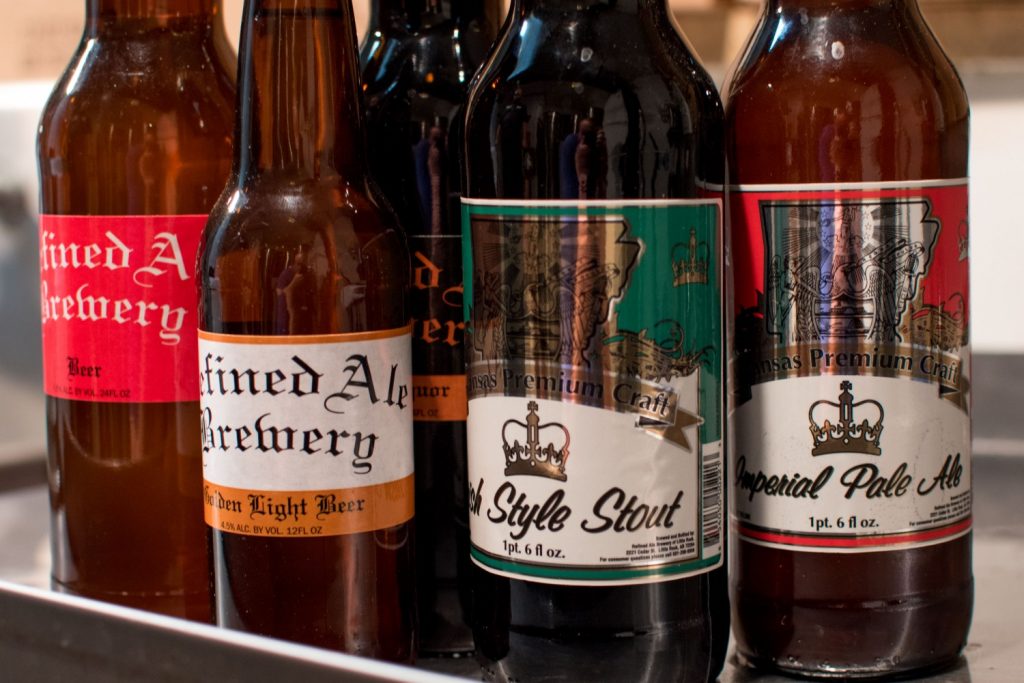 Refined Ale sells its four beers and malt liquor in bottles only, which are for sale only at the brewery. Gray uses old-fashioned techniques for making his product. His three-barrel brewery consists of four tanks that constantly rotate styles to get the most out of his equipment. Gray is proud of his methods, which seems especially remarkable when you consider that Gray himself does not drink alcohol.

“I’m not a drinker, I came to this all differently,” says Gray. “There are no computers in here, no digital scales or thermometers in here. We don’t use any chemicals, any of that stuff. All that makes a beer that’s not really green, that leaves a heavy footprint on the environment. So our style makes a product with a more distinctive taste. It doesn’t taste like other beers.”

Right now, Gray is working on a plan to add distribution to a few select locations in the city. Refined Ale used to be sold in a few retail locations, but Gray elected to consolidate a few years ago. As for the future, Gray plans to carry on his family’s tradition of passing on the brewing passion to the next generation.

“I’m going to teach my son how to brew,” says Gray, before pausing. “But we’ll start him out learning how to make sodas,” he adds with a slight smile.