Get to know the people crafting, brewing, distilling, and shaking the top drinks around Little Rock. This time we get to know Graham Watson of Kemuri in Hillcrest.

Where are you from originally?

I grew up here in North Little Rock. I ended up moving to Nashville for school and stayed there for a while. I loved live in Nashville – it’s a great place … food and drink wise it’s amazing.

When did you first get into the industry?
I starting working at Outback Steakhouse here in North Little Rock when I was 16. I continued there for a while when I would come back from school for the holidays. But during my time in Nashville, I worked in the kitchen of an Asian fusion restaurant as a prep chef and learned a lot about cooking and drinking. I turned 21 while I was working there, so I started learning a lot about the bar scene.

When did you know you wanted to work the bar scene?

I knew a lot of great bartenders who knew a lot about the scene there in Nashville. A couple of my friends had worked the bars all over Nashville and even in Miami, and they taught me everything that they knew. I stayed in it when I moved to Colorado and am still in it now that I’ve moved back here. I love getting to be creative with flavor profiles.

How did Kemuri come to be your ‘new’ bar, so to speak?

When I moved back here, I talked to the manager – Manjeev – and he wanted his drink program to continue to grow, to include seasonal changes and specials. He wanted the bar to provide new and interesting things to our patrons, just like the kitchen does on a regular basis. I started back in August of 2016, and that’s what I’ve been working on. I want people to say, “Hey, let’s go to Kemuri to have drinks, and while we’re there we’re going to have good food, too.”

Do you have a certain process when creating new cocktails?

It’s like with cooking, flavor profile-wise whether it’s raw, or sautéed, you know how it’s going to taste. I like to do that same thing with alcohol – find great flavor combinations. That’s the thing as a bartender –you get to play around with flavors and try new products. Sometimes it takes a little more time to get the ratio right, but it’s pretty fun to be creative in that way. 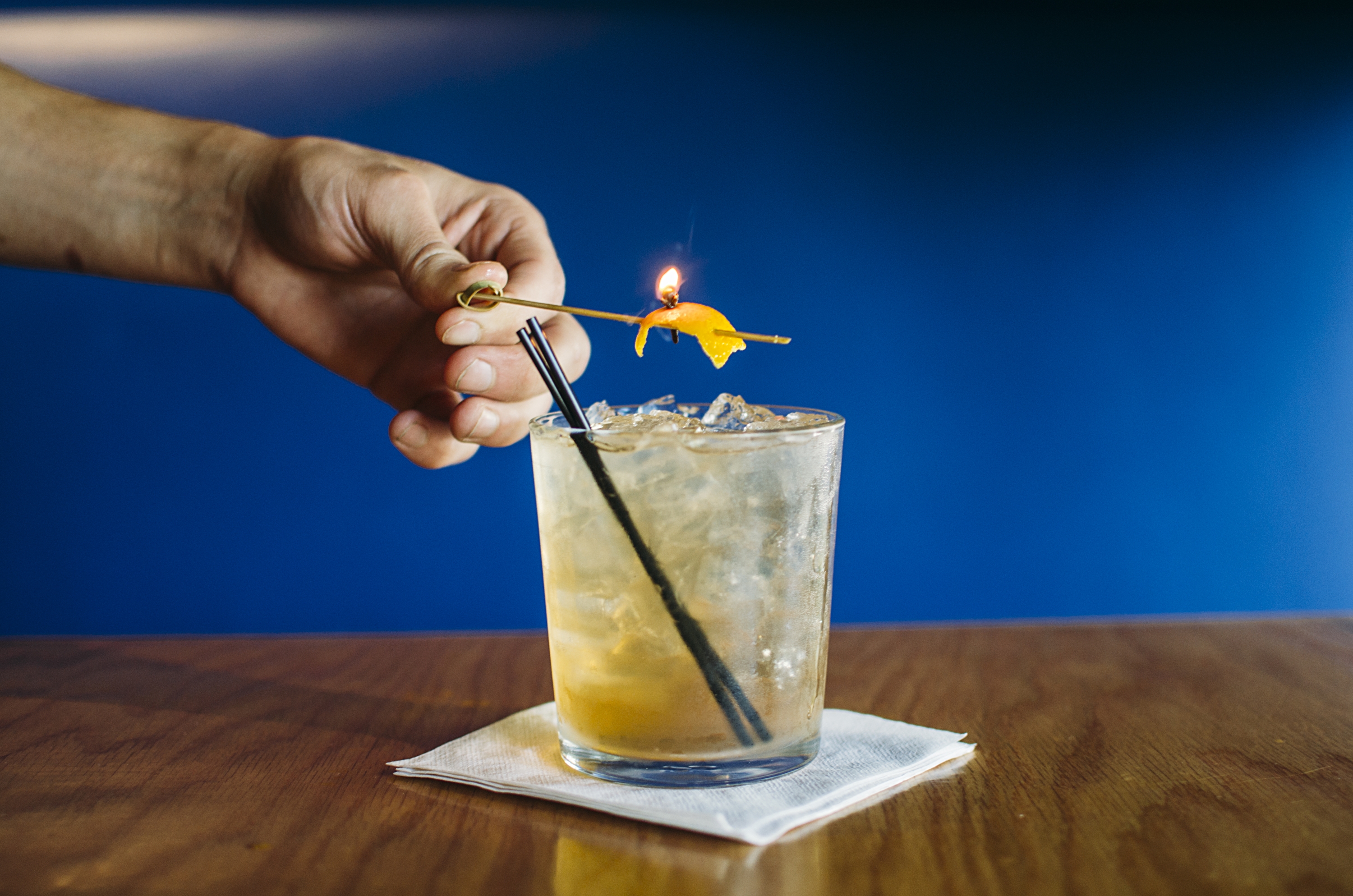 Talk to me about some of the drinks you’ve introduced to the menu.

One that went over well last fall was our Arkansas Fall cocktail. It features local Rock Town products – Muscadine Shine and Rock Town Bourbon. It went over really well, so much so that I’m thinking I’m going to update it for summer but switch over to blackberry and lemon flavors to lighten it up. I also did a Holiday Sakeria which people loved – it was sake mixed with vanilla, bourbon, apples, and pears.

What’s your favorite spirit to work with?

Bourbon would be the spirit I like to work with the most, but I’ve started to enjoy gin and so I’ve been trying to incorporate that into my drinks. I’m also trying to make sure the drinks have some Asian influences to match the cuisine here. One of those we’ve been running recently is a vodka-based cocktail with coconut milk, cilantro, and lime juice. It’s almost like a key lime pie and would be a great dessert drink.

How do you think Rock City has changed in terms of the scene?

It’s boomed in the past five years. Coming home I was surprised to see all of our breweries and some really great restaurants with great bar programs. So far, I haven’t had time to go to too many of them but I’ve enjoyed both South on Main Ciao Baci.

Do you think cocktails will continue to grow in popularity?

Cocktails have definitely made a comeback everywhere – in Nashville, Denver, and here. It’s something that people are starting to appreciate more. I think people are opening up to things they might have not had before drink-wise.

What do you have in the hopper?

I’m about to finalize a spring menu, which I think will be really fun. Plus, I’m going to do my best about introducing some cocktails/products that people haven’t seen locally.