It was a barbecue weekend for the ages and it was to be the greeted  recon mission of my life to date. The goal was very simple: consume as much ‘cue as possible in one weekend. But not just any establishment … as those places are a dime a dozen here in my home state (no offense Arkansas, but the experience is just different in Texas), but to consume some of the best barbecue in the country. Three of the four joints my wife and I went to were recently in a publication as number one, two, and four in the world. Ok, not in the world, the country, but this was a Texas magazine. I was more excited than my wife in a Harry Potter exhibit (she’s read the books twice…and still watches the movies when are on TV…and we own the DVDs).
My flight arrived in Austin around 2:30 p.m. on Saturday afternoon to beautiful 80 degree weather. My wife picked me up and our adventure began. The first two stops were Perla’s Seafood & Oyster Bar for a quick pre-dinner snack and then on to Moonshines. I know it’s not bbq but that adventure was reserved for Sunday. Both stops are worth a visit if you’re ever in that neck of the woods.
The next day it would all begin… and it did… at 7:30 in the morning. The first stop would be Franklin Barbecue. We both awoke sleepy-eyed, and I would like to say excited, but I would be lying. I was excited, but I’m sure my wife would rather have done anything but wait in a line at 8 a.m. for bbq that wouldn’t be served until 11. Insane, I know, but we were committed, and I’m sure it would be my wife’s way of me owing her later.
When we arrived at Franklin Barbecue, there were already 50-60 people in front of us with lawn chairs, sleeping bags, ipads and lots and lots of coffee. We met some nice people and found we had at least one thing in common… we were all crazy. It was interesting to see there were only a few locals in line waiting for legendary bbq from such a relatively young place.
After much waiting, Facebook surfing, Razorback chair lounging, and putting back a couple Shiner Bocks, we were greeted by a woman carrying bite sized samples of smoked sausage sandwiches. It was hard to tell how good they actually were considering everything tastes good after hours of waiting. They were good bites of sausage, both juicy and smoky with a little snap of the casing you would hope for in a good sausage. I prefer a more aggressively seasoned sausage, but there was certainly nothing to be disappointed about.
Here’s the part that will turn many away from ever spending half their day for one plate of any food, much less bbq … we didn’t get in the door until 1:00 p.m. … yes… 1:00 p.m. We must have second-guessed ourselves at least ten times about standing in line for so long, but a sample bite once we got to the counter pushed all reservations to the side. I must have had an out-of-body moment when that tender, juicy, smoky, salt and heavy pepper bite of brisket hit my tongue, because I can’t recall anything in the five minutes surrounding that bite.
I immediately knew I wanted a full pound of what was sampled to my wife and I, along with the spare ribs, sausage, potato salad, cole slaw, pinto beans, bread and a Big Red soda. Aaron Franklin’s brisket is the best I’d had by a wide margin. It was the result of a thirteen hour, post oak smoke bath with a dark midnight bark, perfectly salt and pepper crusted to enhance a deeply rich natural beef flavor.
Few things are better than expertly rendered beef fat, and this brisket had just that. The rendered fat coated the beef just enough that each bite was neither dry nor “greasy” but a nice partnership of what world class brisket should be. Each bite gave the sensation of melt in your mouth beef… the kind of bite you really don’t have to chew. The flavors were rich and balanced so a pound was plenty to satisfy the craving your taste buds get after the first taste. It was exactly what I hoped it would be… which is to say nothing like any bbq I’d ever eaten.
As for the ribs, Franklin can take a lesson or two from its Southern counter parts. In my opinion, pork needs a sweet accompaniment via a sweet rub or sweet glaze… it’s the nature of the pig and Franklin didn’t deliver what the flavors needed with pork spare ribs, but they still had great smoke flavor and were pull off the bone tender. The sides weren’t great and not a lot of thought went into them but Franklin’s star, the beef, far outweighed the disappointment of ignored sides.
As dramatic as it may sound, this is the experience that changed everything bbq for me. Sometimes as much as it’s about the food surrounding the hype, it’s also as much or even more about the experience. To my wife and I, the day at Franklin was much like a Razorback football tailgate. You go because you love it. You love the atmosphere, the people, the smells, the anticipation and most of all the bbq… and especially the brisket. 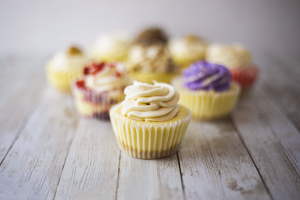 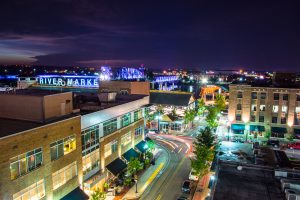 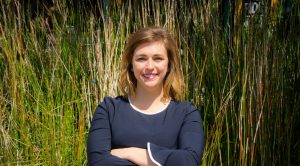