While we at Rock City Eats tend to focus on the food scene here in Central Arkansas, we’ve discovered plenty of great eats all around the state, too. Arkansas’ highways, byways and small towns are ripe with numerous excellent restaurants, dairy bars, drive-ins and bakeries of all sorts. In this regular feature, we explore some of these places and encourage you to pull over and sample some of the greatest food from “Around Arkansas.” Next up, a classic Southern restaurant hiding in the back of a grocery store … Keeney’s Food Market in Malvern.

From Little Rock, take Interstate 30 West and get off at exit 98A. Head south onto Martin Luther King Blvd. and stay on as it turns to Main St. when you go through downtown. Take a right on Dyer St. and go a few blocks through a residential area before you get to Keeney’s at the intersection of Dyer and Mill St.

Charles Keeney was 20 years old when he bought the building in 1956 and turned it into a marketplace. Keeney and his wife, Maureen, have run the business ever since, marking 60 years of service this past winter.

In 2000, Keeney decided to open a restaurant in the back of the grocery store, giving working folks a (sadly rare) local spot to enjoy a bite of food. The restaurant has become an institution in Malvern, though very few outside Hot Spring County know it exists. That’s understandable; you won’t even see it from the front counter of the grocery store. Just keep on walking toward the back to find the surprisingly large dining area, seat yourself and see what’s on the menu that day.

I fully admit, I found Keeney’s on the advice of Kat Robinson, who fell head-over-heels for the restaurant’s ribeye steak. Too bad for me, the steak was not on the menu that day. You see, Keeney’s rotates its menu daily; while it keeps a few dishes going all the time, some of the plates only see the light of day once a week. So while I did miss out on the steak, I didn’t miss the spare ribs. Cooked slow for several hours, the ribs were tender and juicy, with just a little bit of resistance to the bite. And even though they weren’t seasoned as much as I would like, the house-made barbecue sauce was more than good enough to make up for it. Sweet, spicy and slightly tangy, it was the perfect complement to the ribs.

My wife opted for the catfish dinner, and while there are hundreds of places that do catfish in Arkansas, Keeney’s delivered here. The fish tasted fresh, which is more than half the battle, while crinkle-cut fries and hushpuppies made sure we didn’t forget this is still small-town Arkansas we’re talking about here.

Lastly, Keeney’s has an excellent take on the fried pie, a classic Arkansas dessert. Most fried pies I’ve had boast a pretty substantial crust, but Keeney’s is different. The pastry was so light I wondered how it held the filling. Cooked just right, both my coconut pie and my wife’s lemon version were excellent. Resist the temptation to load up on your lunch, because dessert is worth waiting for.

On our way out, I noticed the roasted and smoked meats were available in a hot counter for grocery store customers to grab-and-go. Keeney’s does have a small grocery selection, much less than Walmart but more than a truck stop. Still, the restaurant is the reason to go. 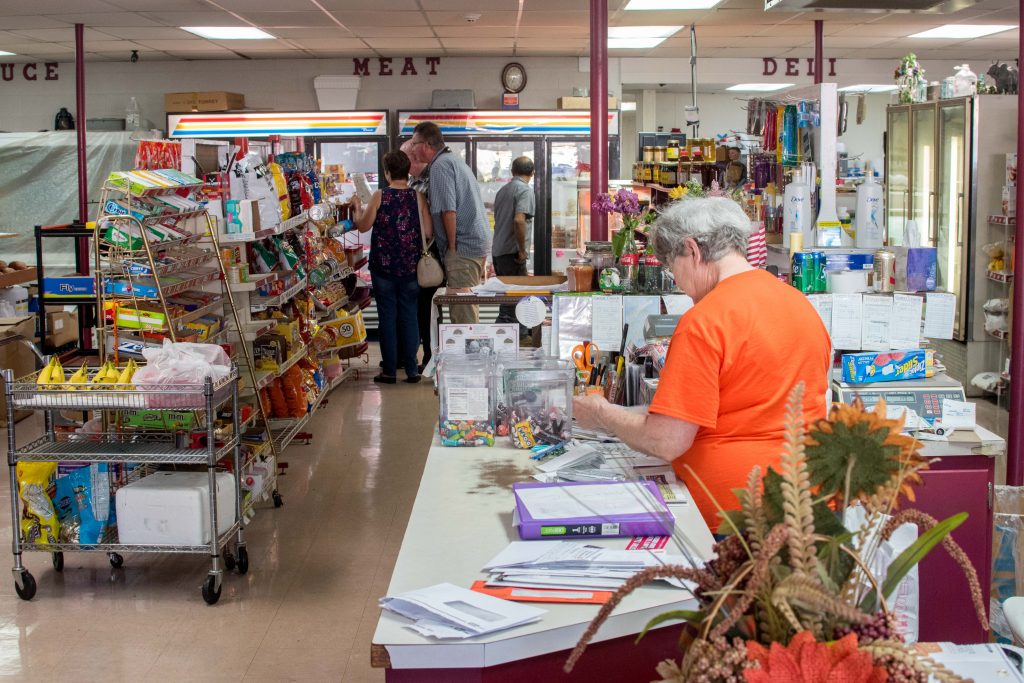 As with almost every small-town Arkansas restaurant we’ve covered here, prices at Keeney’s are more than reasonable. With two drinks, entrees and desserts, our bill was less than $25. Most dishes are between $4 and $8, so a $10 bill will cover most meals. Keeney’s does accept debit and credit cards.

It’s quirky, it’s fun, and ultimately it’s another unique stop that gives Arkansas’ food scene its diverse and interesting makeup. Keeney’s makes its food well and has plenty for regulars and passers-by alike. If you’ve never been, stop in next time you’re heading toward Texarkana. 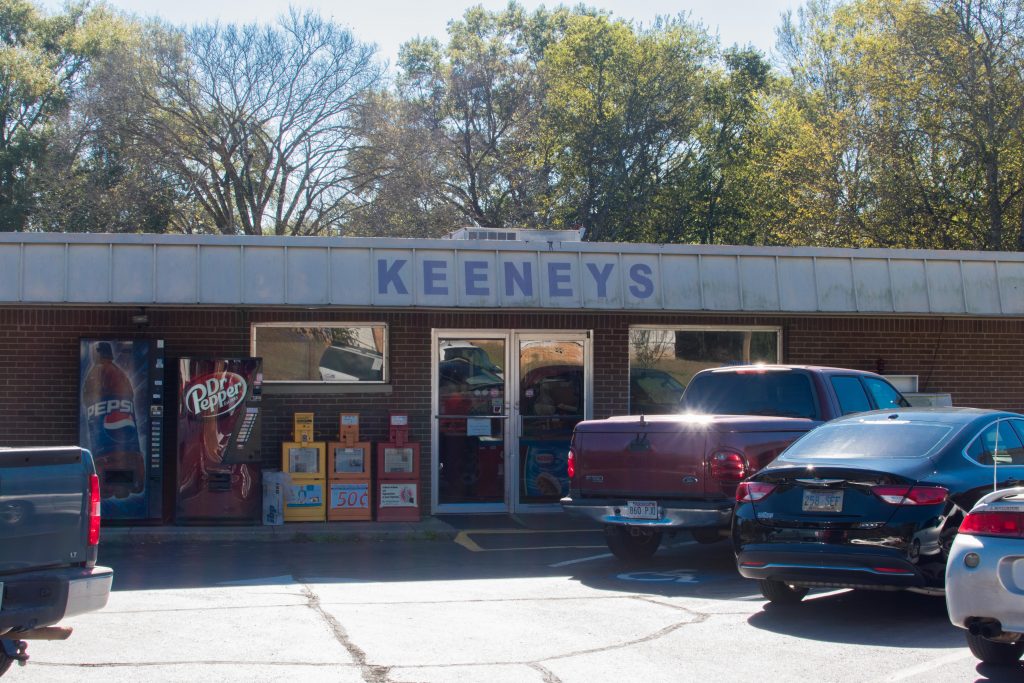