While we at Rock City Eats tend to focus on the food scene here in central Arkansas, we’ve discovered plenty of great eats all around the state, too. Arkansas’ highways, byways, and small towns are ripe with numerous excellent restaurants, dairy bars, drive-ins, and bakeries of all sort. In this regular feature, we explore some of these places and encourage you to pull over and sample some of the greatest food from “Around Arkansas.” Next up, Green Papaya in Ft. Smith.

Pull Over: If you’re coming from I-40, don’t expect Green Papaya to be a stone’s throw off the interstate. Once you actually make it into town, you’ve still got a good 10 minutes of winding your way through the streets of Ft. Smith. You’ll get a bit upset with all of the traffic lights, and it’s not in the best area of town, but the food is well worth it.

The Story: In 1975, Arkansas, specifically the facilities at Ft. Chaffee which was located adjacent to Ft. Smith, were chosen by the federal government to be one of four main entry points for Indochinese refugees. To this day, in large part because of that influx in the 70’s, Ft. Smith has a large Asian community (by Arkansas standards), totalling more than 5% of the total population. Of that, 2.2% is Vietnamese. Just Google “Vietnamese Restaurants in Ft. Smith” and you’ll stumble upon at least six establishments. That’s an insanely high number, given the town’s total population, but one I was very excited about. I had heard the rumors about great Vietnamese food in Ft. Smith and wanted to find out first hand–coming back on the last leg of a long roadtrip to Colorado provided me with the perfect opportunity to stop. 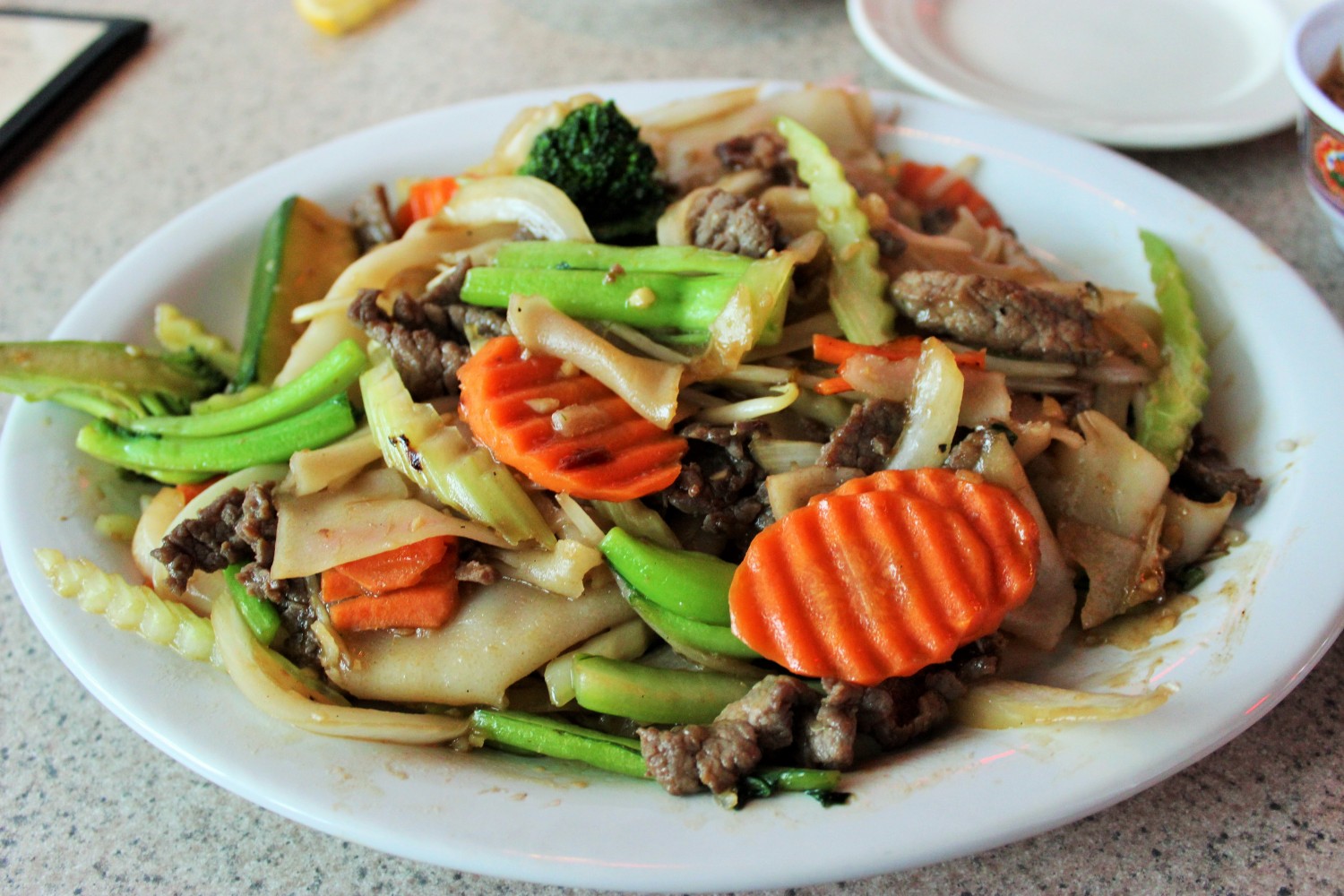 Food: Crazy good … like much better than any place in Little Rock, and could certainly hold its own with anywhere in the country. The spring rolls stuffed with shredded lettuce, rice noodles, and chargrilled chicken were insanely addictive. So much so, we went ahead and got a second order. My wife’s pho, loaded with tender beef, sliced meatballs, and noodles floating in a floral broth was also a hit, as was the chicken fried rice and my plate of flat noodles with beef and mixed vegetable. Everything was fresh, meticulously prepared, and served in a timely fashion. Just an educated guess, but it’s hard to imagine any dish on the menu coming up short of expectations. Heck, even my strawberry cream boba tea (20 different flavors) was spot-on.

The Price: About standard prices from what you’d expect to see at your typical Vietnamese restaurant. It wasn’t cheap, but it certainly didn’t break the bank. Appetizers run you about $4 and most entrees are $9-$11.

The Verdict: Apparently, there are two Green Papaya locations in Ft. Smith, but I can only vouch for the one on Highway 271. Believe me, it’s worth the stop, and if you know in advance, I’d highly recommend taking a cooler in the car and get some dishes to-go. Yes, it’s that good. I already can’t wait for my next trip to visit my in-laws in Oklahoma City so I can stop at this restaurant.